Our look on the NTAs

Some of Britain’s well-known faces graced the red carpet of the O2 Arena in London last night, for the NTAs – National Television Awards 2019.

It’s one of the best nights on the British showbiz calendar and all the stars of the small screen were dressed to impress.

But which stars stood out in your eyes?

The first of many LBDs at the NTAs yesterday!

Emma Willis looked effortlessly chic as she braved the snow with voluminous platinum hair in a black number. 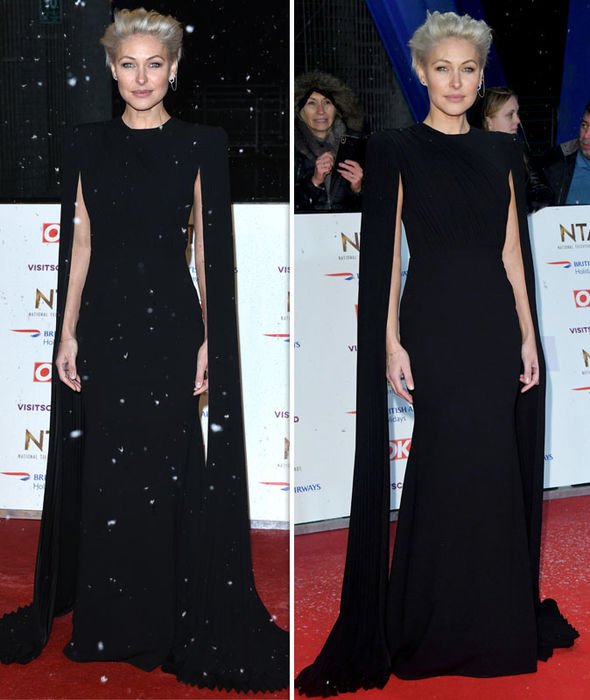 Probably the most talked about look of the night – Holly paired a elegant pink polka dot gown with her cropped blonde locks swept-up in a simple up-do and delicate pink gloss with simple eye makeup.

The combination balance was perfectly in Hollys favour.

Jack in a classic suit and bow-tie paired with Dani in vibrant red floorlength gown has #couplegoals written all over it! Dani styled her hair by letting her long locks flow with loose luxurious waves.

As well as being up for an award with their Love Island co-stars, Dani and Jack were also on NTAs hosting duties as they presented the red carpet coverage live.

Rochelle opted for natural curl with a beautiful caped number whilst Marvin came suited and booted. The couple were like a real life wedding cake topper.

Another celeb rocking red was Made in Chelsea star and I’m a Celeb winner – Toff. Toff styled her hair as a undone tousled wave whilst the plunging halterneck is definitely one of our favourites at Westrow.

The GC showcased a beautiful messy updo with choppy fringe, and a chic black gown with asymmetrical neckline.

But we’d much rather be dressed for the cold like Arg in a camel coat, suit and signature cardigan – cosy.

When it comes to glitz and glam Strictly Come Dancing hosts Tess Daly and Claudia Winkleman will point you in the right direction.

Tess cut a striking figure in an all white jumpsuit, while Claudia went for a quirky beaded midaxi gown.

Congratulations to all that won! We already can’t wait for next year.